Indian astrology attributes the navagrahas or the 9 planets with certain powers over the destiny of humans. The ruler of Saturn, Lord Shani, is much feared among them because he is believed to be associated with suffering. A story layered with doubts, mistrust, repentance, and love tells us why he has always been a misunderstood graha. 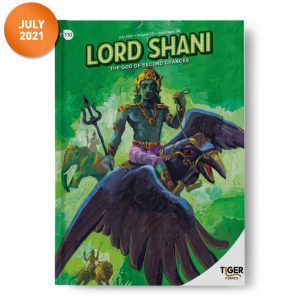