Kuvara Lakshama
Issue #4 (Apr. 2021)
Kuvar Lakshama was a ‘garuda’ – an elite force of the 11th century Hosala empire, that’d sworn an iron-willed allegiance to the King Veera Ballala II. The story of his deep devotion for his king has inspired and influenced thousands of men during his time and generations after him. The Garuda pillar at Halebidu, Karnataka with its old Kannada inscriptions dated 12220 CE, speaks of his life. 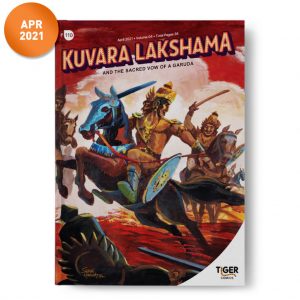